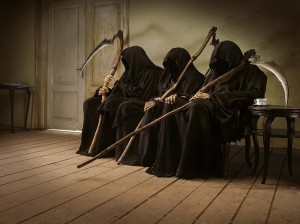 A conservative friend recently pointed me to a video of satirist Evan Sayet detailing his “Unified Field Theory of Modern Liberalism.”

Though I’m hardly reserved in my own criticism of the modern left, as I watched Sayet’s stump speech I actually groaned out loud. What a bunch of goofy hyperbole, I thought. This is no way to advance the debate.

After reflecting on two recent events, however, I’ve realized that – at least for the most part – Sayet was right and I was wrong.

The first is the case of brain dead woman Marlise Munoz. Jezebel, a website that is a readymade Onion parody of itself, ran an article on Munoz titled “Texas Will Keep a Dead Woman on Life Support Just to Incubate Her Fetus.”

Munoz, “a pregnant woman from Tarrant County, Texas who suffered a pulmonary embolism the week after Thanksgiving has been kept on life support against her and her family’s wishes so she can essentially serve as an incubator for her fetus.”

Of course, the question of what to do with brain dead people is relevant in and of itself. My position on the issue is analogous to my take on criminal justice: just as convicted persons sometimes turn out to be innocent, “brain dead” people sometimes turn out to be alive. I say that, to paraphrase Voltaire, it’s better to keep a dead person on life support than to kill a living one. 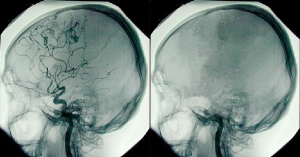 When brain death is disputed, however, the same people who gave us progressivism and the estate tax suddenly become austere fiscal conservatives obsessed with honoring the wishes of family members. This discrepancy alone might give one the impression that progressives simply think there’s something super cool about people dying.

The Munoz case, of course, has an additional layer of thanatophilia. Progressives are not only working tirelessly to see that Munoz’s corpse decays in a timely manner, but to kill her still-living fetus. The Munoz case transcends the typical abortion debate because Munoz’s offspring cannot be said to be imposing on an unwilling mother. It has to die simply because its existence is undignified.

The second is the dispute between Lisa Adams, a cancer patient and blogger, and The New York Times’ Bill Keller. In his column “Heroic Measures,” Keller advised Adams to shut up and die. Lest you think I’m exaggerating, I will quote him here at length. Brace your stomach.

Among doctors here, there is a growing appreciation of palliative care that favors the quality of the remaining life rather than endless “heroic measures” that may or may not prolong life but assure the final days are clamorous, tense and painful. (And they often leave survivors bankrupt.) What Britain and other countries know, and my country is learning, is that every cancer need not be Verdun, a war of attrition waged regardless of the cost or the casualties. It seemed to me, and still does, that there is something enviable about going gently…

When my wife, who had her own brush with cancer and who has written about Lisa Adams’s case for The Guardian, introduced me to the cancer blog, my first thought was of my father-in-law’s calm death. Lisa Adams’s choice is in a sense the opposite. Her aim was to buy as much time as possible to watch her three children grow up. So she is all about heroic measures…

Keller, like Jezebel, is not merely saying that one should make peace with death when it is inevitable. In both cases, progressives acknowledge some chance of survival, then advise embracing death as more dignified than fighting for life. This advice is redundant: progressives have made death and dignity synonymous.

It is significant that Keller identifies heroism as the essential target of his criticism. Left-wing philosopher Bertrand Russell, in his eloquently nihilistic “A Free Man’s Worship,” likewise affirmed that “no fire, no heroism, no intensity of thought and feeling, can preserve an individual life beyond the grave.”

I propose that the inverse of heroism – an embrace of emptiness, predictability and sameness – sits at the heart of progressive attacks on life. Below are three reasons why, given a progressive worldview, one might favor extinction over existence. 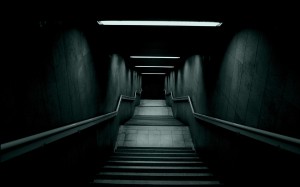 In 2010, a study in the Journal of Medical Ethics compared the methods of atheist physicians to religious ones. Using a survey of 4,000 doctors, it found that atheist doctors are twice as likely to hasten the deaths of terminally ill patients.

When I point others to this study, I find that many are surprised. “Shouldn’t religious people be less afraid of death than atheists?” they ask. According to a 2009 study, they certainly are.

Yet the source of the terminal illness divide is not hard to identify. To a Christian, life is a divine gift to be embraced. To an atheist, life is – in Bertrand Russell’s words – “but the outcome of accidental collocations of atoms.”

A Christian’s life is part of a cosmic drama – one in which a deathbed chat might have eternal consequences for either the dying or the surviving. To an atheist, there are no eternal consequences: “all the labours of the ages, all the devotion, all the inspiration, all the noonday brightness of human genius, are destined to extinction” in the inevitable heat death of the universe.

Months ago, I idly picked up a stray copy of New York magazine and read its cover story, “The Cancer Racket.” The “racket” in question turned out to be Zaltrap, a cancer drug that extends median overall survival by 42 days. I was shocked and disgusted at the magazine’s dismissal of the drug as a waste of money. Who wouldn’t pay any price for the chance to spend even another week with a loved one?

In the context of the Medical Ethics study, however, I shouldn’t have been surprised. 42 days is nothing compared to the total and inevitable nothingness to which secularism says we are all destined.

Secularism is part and parcel of the modern left – and secular physicians hasten the deaths of their patients out of a demented sense of compassion. They see suffering – even that which might save a patient – as cosmically pointless. 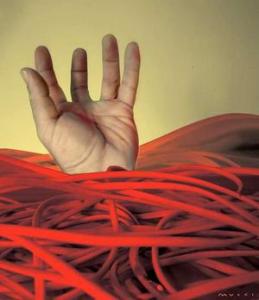 In April 2012, 7-year-old Emily Whitehead was on the brink of death. In April 2013, Emily spoke at an American Association for Cancer Research conference – cancer-free and with a full head of hair.

Emily suffered from acute lymphoblastic leukemia for more than a year before her parents enrolled her in a gene therapy trial at the Children’s Hospital of Philadelphia. In less than a month, Emily’s cancer was gone.

Emily was the first child in the U.S. to receive this sort of treatment. To be sure, this triumph over cancer is an American success story. Its timing, however, should be a national disgrace: oncologists in China had already been successfully using gene therapy for several years.

Consider the case of Arthur Winiarski, another American cancer patient. Suffering from a tumor “the size of a fist,” Winiarski was given months to live. The businessman was interested in gene therapy and had nothing to lose – but the treatment he needed was inaccessible in the United States. So Winiarski traveled to China, where, at Beijing’s elite Tongren hospital, a Harvard-trained doctor sent his cancer into complete remission.

This was nearly a decade before Emily Whitehead.

Gendicine, the drug that cured Winiarski, has been found to be three times more effective than radiotherapy in a clinical trial of 120 patients. The only recorded side effect was mild fever. Yet, while China’s FDA approved the drug for commercial production years ago, our own FDA still has yet to approve a single gene therapy product.

The Chinese have not left us in the dust because of their technological superiority. They have surpassed us because they are, apparently, less inclined to let life-saving technology language in a regulatory abyss while their own people die.

If Arthur Winiarski had not left the United States, he would be dead. Presumably, in the years between Winiarski’s victory and Whitehead’s, many Americans who could have benefited from drugs like Gendicine did not leave the United States and are consequently dead.

To a sane person, it might seem ironic that the FDA denies experimental treatments to people that they could only help.  But FDA regulations were not written by sane people. They were written by people like Bill Keller.

Like Keller, the progressive authors of regulation are ultimately unconcerned with extending a patient’s life. Theirs is an ideology of control – the only thing that FDA regulations really maintain. Terminal illnesses are par for the course: their success are predictable. Life, and the innumerable possibilities that come with extending it, is risky.

The left is risk-averse. It extolls innovation, but its innovation is really only done alone a linear path prescribed centuries ago. Its is a rigid history, and one is either on the right or the wrong side of it.

This brings me to my third and final point. 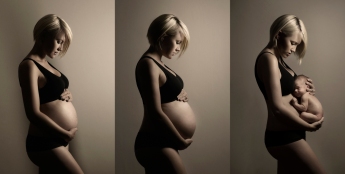 When reading phrasing like that chosen by Jezebel – “serve as an incubator for her fetus,” for example – one comes to a striking realization: something about the fact that women get pregnant really pisses off the left. Its anger then becomes understandable. Here is an ideology that defies all biology by taking as its starting point an expectation of sameness. Yet it must be confronted daily with the gigantic fact of female, but not male, pregnancy. And as if this sheer physiological difference was not maddening enough, one might wonder whether sexes that evolved such different abilities managed to evolve identical brains. They did not. Pregnancy is a ghastly reminder that we are not the same. It is an undignified state for a brain dead woman to be in because it is an undignified state for a woman to be in.

My suggestion is not a radical one. Consider the opinion of leftists known to you on having children early, or on having many children. It is virtually self-evident that it is most progressive never to be pregnant at all, and that if one must be pregnant, then it is a necessary condescension to backwardness, and should be done as little and as late as possible. Pregnancy is contemptible because it is patriarchal – it is the submission of a woman’s other aspirations to service as a mere “incubator for a fetus.”

As it happens, of course, female pregnancy is also the mainspring all mammalian life. Contempt for female pregnancy, then, is a contempt for life and of the whole untamable tumult of our biological existence. Biological death has the final benefit of being the closest thing to uniformity that the human experience offers.

Of course, what a progressive who disdains pregnancy fails to realize is that, in Murray Rothbard’s words, “the concept of life and perfection is incompatible. But so is death and perfection.”

This column was originally published in 2014.