For as long as I can remember, I have been a supporter of the liberty movement. Over the past few years, however, I have become extremely disheartened with the movement over its attitude towards Israel. It seems as if part of the criteria for being a “True Libertarian”™ requires animosity towards the state of Israel. These “True Libertarians”™ not just oppose some of the policies by the Israeli government, but outright call Israel an apartheid state actively performing genocide. Some even go as far as to deny that Israel has a right to its own existence. While I am sure we can all agree that there should be no foreign aid given to any country for any reason, there is no need to dabble in conspiracy theories about Israel which have zero basis in reality.

The claim that Israel is an apartheid state is absurd. There is no evidence to suggest that the Israeli government is practicing apartheid. The Israeli government does not separate individuals on the basis of race, or gender, or religion. Israel does not enforce separations between Arabs and Jews, does not ban people of different groups from marrying each other, and just generally does not show any element of being an apartheid state in the vein of South Africa. In fact, an Arab judge sentenced the former President of Israel to jail. He was even nominated to be a member of the Israeli Supreme Court. In an apartheid state South Africa, black judges did not send white political leaders of the entire country to jail.

Israel also has Arab ambassadors, Arab international football players, an Arab Miss Israel, as well as various other Arabs in various other positions of power and prominence. If Israel were an apartheid state, Arabs would not be able to perform in any these activities. Israel has its road signs in Hebrew, English, and, of course, Arabic. Arabs drive on the same roads as the Jewish citizens do. As a matter of fact, a private bus line was installed to better serve the “Palestinians” who live in Israel—the media, however, accused the Israeli government of apartheid. Somehow, a private business venture, which is not endorsed by the government, is the same thing as government-enforced apartheid.

Israel is also one of the few countries in the Middle East which allows for women the right to vote—including Arab, Muslim women. In Israel, every religion has the right to vote, as well as males and females, along with Arabs and people who consider themselves “Palestinians.” 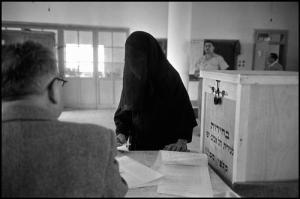 Israel, being the birthplace of the Abrahamic faiths, allows for full freedom of religion. The same, again, cannot be said for the rest of the Middle East. The claim that Israel is practicing apartheid has no merit; rather, it is an emotional argument used by individuals who have been duped by the media into believing lies.

When the topic of Israel being genocidal is brought up, people often point to Israel’s treatment of Gaza. Israel is constantly accused of performing genocide against the citizens of Gaza. Gaza claims to be independent of Israel—except for the fact that it is entirely dependent on Israel. Gaza states that it is an entity with no connections to Israel, unless the “Palestinians” can turn it in to a media narrative to attack Israel. Israel currently supplies Gaza with electricity and water, paid for by Israeli tax-payers. At the same time, Gaza claims to be entirely independent of Israel’s authority. Gaza constantly expresses its disdain for Israel by launching rockets in to Israel—all while receiving money from the Israeli government.

If Israel cuts any of its tax-payer funded aid to Gaza, Israel is attacked for being genocidal and depriving people of their human rights. Yes, a country that chooses not to give free hand-outs to “another country” is considered genocidal. Yes, a country that wants to cut welfare to “another country” which routinely sends rockets over to the former country is called genocidal. Yes, apparently, there is a human right to government-sponsored electricity and water. Israel, out of its own guilt-complex, continues to supply aid to “independent countries”, because if Israel were to cut aid the media would turn on Israel for trying to kill its own citizens.

Notice how the dialogue changes: when Gaza claims to be its own country, it is independent; however, when Israel dares to cut its tax-payer-funded aid to Gaza, Gaza somehow now becomes incorporated back in to Israel! At the same time, if Israel treats Gaza like a territory under its boundaries, Israel is attacked when it attempts to secure its borders. While Gaza is dependent on Israel, it relies on Israel to make sure its humanitarian aid from other countries reaches its citizens. If Israel is not directing the aid, Israel is accused of supporting genocide. If Israel dares to stop a flotilla that is carrying terrorists, Israel is accused of starving and torturing its own people. Gaza has made it so Israel has no autonomy over its own land.

If Gaza were truly independent, as it claims to be, Israel would have every right to cut off its aid; however, this, apparently, is a human rights violation. Libertarians should be disgusted by the idea that not providing tax-payer funded utilities is considered a grave human rights violation on the scale of genocide. Libertarians should despise the notion that the citizens of a country are being forced to pay for the electricity and water of the people who try to kill them–not sympathize with the terrorists who are holding Israeli tax-payers hostage to perpetually funding their own demise.

It is just simply not mathematically possible for Israel to be committing genocide. The Arab population of Israel continues to grow—whereas, in contrast, the Jewish population of Arab countries has virtually been eliminated: 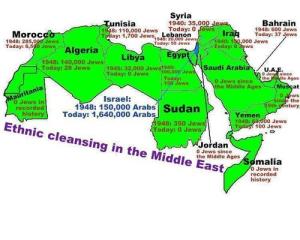 While libertarians should be critical of all government, libertarians should not deny reality. When libertarians claim that Israel is enacting South Africa apartheid-era policies while exterminating a large part of its population, they are completely misinformed about the politics of the region; instead, they rely on hearing lies that their favorite alternative media outlets pump out (namely, Al-Jazeera). When these media outlets continually lie about what is happening in Israel, and these lies are spread, more people end up believing in pure insanity rather than relying on proof. Israel is not an apartheid state, nor is it performing genocide. When libertarians argue that Israel is an apartheid state, they are letting conspiracy theories about what they wish were true, rather than an analysis of the facts, dictate their ideas .

8 thoughts on “Israel: Not Apartheid, Not Genocide”